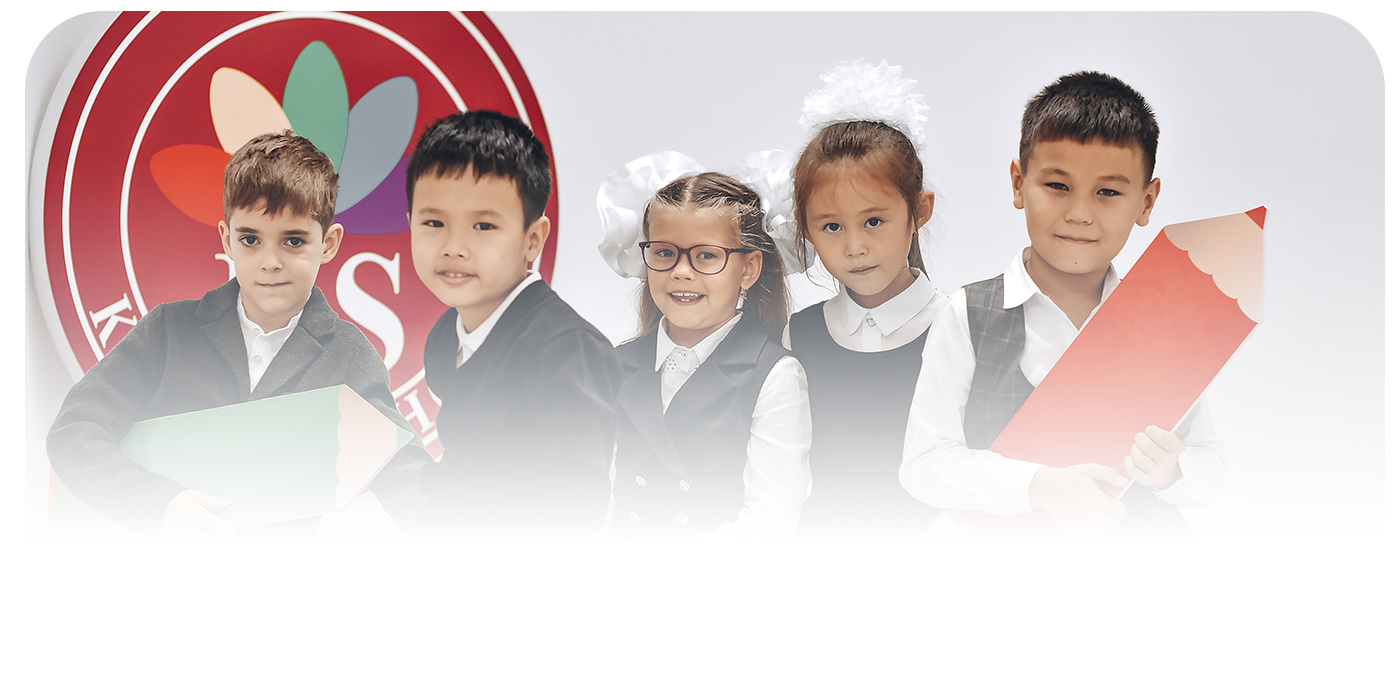 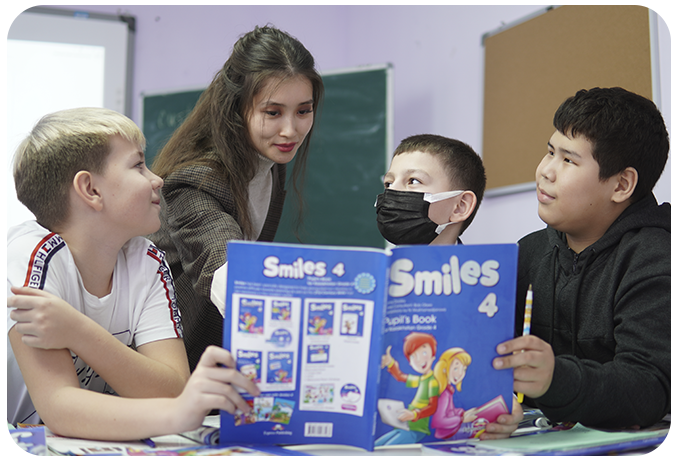 One of the main directions of KAZGUU SCHOOL is implementation of in-depth study of the discipline "English", which is carried out by the Department of English..

ACCORDING TO THE CAMBRIDGE PROGRAM

KAZGUU SCHOOL has the status of an official center for preparing for Cambridge exams. - The Center has the right to prepare students for the Cambridge exams. - Recruit your group of students (30 people and more) who are taking tests, act as a center, location for organizing testing in the city, inviting examiners to your place.

And also in order to realize the mission of the school for students in grades 10-11, additional classes within the framework of the school curriculum are aimed at preparing for the international IELTS exam with a native speaker and with a local teacher 2 times a week.

To successfully pass the exam, 2 times a year for students in grades 10-11, IELTS Trial Tests (trial exam) are held in compliance with all the norms and provisions of the official test.

In connection with the in-depth study of the language, 2 hours of the elective course "Conversational English", aimed at developing the communication skills of students, is included in the main lesson schedule (1 lesson is taught by a local teacher, 1 lesson is a foreign teacher); 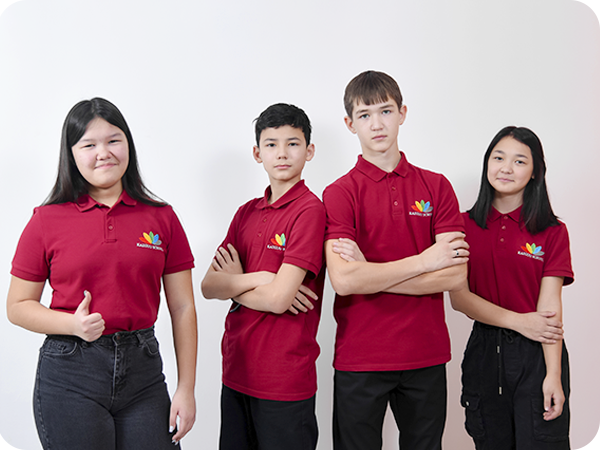 The Department of English has 2 foreign teachers who work at junior and senior level.
Mr. Jonathan English teacher at KAZGUU SCHOOL has been teaching English for 14 years in various countries!

Raised and born in South Africa. Likes to travel; traveled to more than 60 countries, mainly in Southeast Asia, Africa. Middle East and Europe.

In his spare time, Jonathan enjoys cooking and reading books. He believes that it is possible to change people's lives for the better by sharing love, kindness and selflessness.

"I will help you improve your English, whatever it is, as I am interested in the success of my students!" - Jonathan
Miss Joylen is a foreign English teacher at KazGUU school.

✅ Graduated from the University of Mindanao, Panabo city (2003)

✅ Previously worked as an ESL (English as a Second Language) teacher at the Russian Public School.

Teaches students in the classroom in their own way: teaches lessons using integrated materials such as books, Power Point presentations, games, audio CDs and videos.

Teaches each student to speak English in every lesson, helps them practice speaking complete sentences and corrects their mistakes in sentence structure, grammar and pronunciation.
To create a language environment at the KAZGUU School, a number of activities are carried out by the Department of English
Conversational courses with native speakers
To activate and practice English speech for junior students in grades 3-5, there is a circle of free spoken English with a native speaker, where children practice the language in a playful way.

For students in grades 8-11, there is also a Conversation Club with a native speaker once a week. Based on the results of passing the courses, diligent students are issued a Certificate upon completion.

"Speaking Club" with a native speaker for school staff and teachers

The winners are given the opportunity to go to the city of Astana by the end of the academic year. The trip is educational and entertaining. Also, the organizers of the competition are preparing valuable prizes for students who won prizes.

Model UN
Every year KAZGUU SCHOOL hosts the Model UN Conference among grades 9-11.
The purpose of the conference is to involve young people in solving global challenges of the world community.

Model UN is a popular RPG for those who want to learn more about how the UN works. Every year hundreds of thousands of high school students and students around the world at all levels of education take part in it. Many of today's leaders in the fields of law, government, business and the arts - including those within the UN itself - have already participated in the Model UN program during their student years. 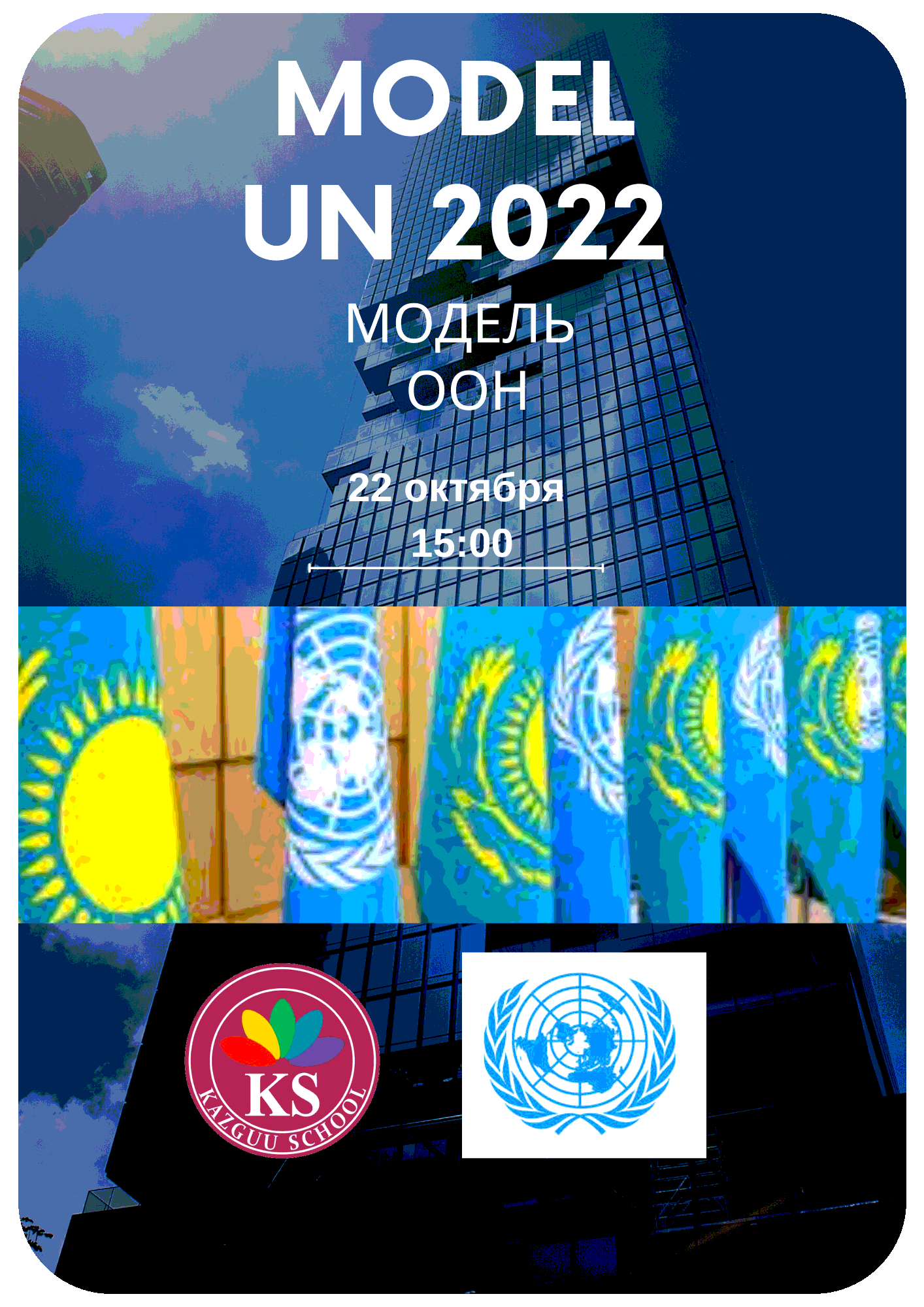 English Week
Holding an English week is one of the most interesting traditions in the educational and extracurricular activities of the school. It usually takes place within the framework of the week of foreign languages.

By participating in the "week", the guys develop and improve their intellectual and creative abilities, learn to win and suffer defeats with dignity.
Goals of the Week:
- increase motivation to learn a foreign language;
- to promote practical knowledge of speech activity; increase the active language stock of students;
- to stimulate in general their intellectual and linguistic activity;
broaden your general horizons; raise their cultural level;

оставить заявку
DO YOU HAVE QUESTIONS?